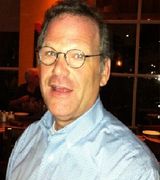 Houston, Texas, July 30, 2018 (Ebiznewswire.com) – In recent years, NFL teams have set about working on some of the most expensive stadiums in history. These include a $1.6 billion palace in New York. A $1.2 billion home in Dallas. Lastly, a $1.2 billion stadium in San Francisco. So, what makes these massive developments possible? “Personal seat licenses,” suggests Paul Sternberg, a serial entrepreneur from Houston, Texas.

The businessman successfully acquired a number of personal seat licenses for the Houston Texans. Now valued at over five times the original cost.

The figures are undeniably impressive, and personal seat licenses — or PSLs. This gives fans the right to purchase season tickets — are now selling for as much as the cost of a small house.

“I bought several PSLs for the Houston Texans stadium at $4,500 a piece,” says Paul Sternberg of Houston. “Right now, they’re valued at $30,000 each on a PSL Marketplace. so I’ve found them to be a great if slightly unconventional investment.”

He continues, “I’ve had similar success with the Dallas Cowboys, where I saw my PSLs increase in value over 150 percent each in only a relatively short space of time.”

With over 30 personal seat licenses purchased across the country, Houston-based Paul Sternberg is keen to highlight that even at a valuation of up to $30,000 each, his own PSLs are far from the most expensive licenses out there.

“Some fans are prepared to shell out as much as $150,000 for PSLs because they consider the licenses to be worthwhile investments.”

The evidence is clear to see and with high demand for season tickets. Fans are now routinely making five- and six-figure profits on their own PSLs.

“Looking back over the last decade and a half, the average Steelers PSL is now worth eight or nine times what it was 15 years ago,” points out Paul Sternberg of Houston, reflecting on data from STR Marketplace, a website which processes secondary PSL sales.

The same data also shows that Bears PSLs increased by over 130 percent in value. While Ravens’ licenses increased by upwards of 240 percent, price-wise, over the corresponding period.

Sternberg is quick to make clear that while personal seat licenses have proved highly lucrative for him, nothing is guaranteed. “With that said, and at the end of the day, most fans don’t purchase PSLs for money. They buy them to see their favorite sports teams,” he suggests.

Whichever way you look at it, fans of NFL teams across the country continue to clamor to buy PSLs. Sternberg points out, “if my own experiences are anything to go by, I trust that they’ll see a healthy return. Especially on their initial outlay should they ever come to sell in the future.”