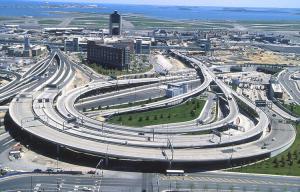 Civil Engineer, Aldo Cassano Jr.worked on the mega project ideally named the “Big Dig” in Boston, Massachusetts. The six-lane Central Artery (I-93) had been giving drivers major headaches for years, and as the population grew, 200,000 vehicles were trying to cross the area and backing up traffic for hours. In addition, vehicular accidents were on the rise, with upwards of four times the national average. The Central Artery was slow-moving and backed up traffic for ten hours each day, and that number was expected to continue to rise rapidly. The Big Dig is the largest roadway project in the history of the United States.

Aldo Cassano Jr. explained, “The Big Dig is a project that was the largest infrastructure project to date in the country in a major city due to its magnitude and pricey budget. Most residents hated the project because it thoroughly disrupted their lives for so long, but it was the answer that was needed to bring Boston’s busiest roadway into the future.”

Aldo Cassano continued, “The Big Dig brought a solution to the Central Artery problem by going underground. The project ran longer than expected by eight years and excessively over budget by billions of dollars, but the 1.5 miles of underground traffic flow that is out of sight and not interfering with the above-ground downtown area of Boston is priceless. Along with many others, this has also contributed to my real estate investment passion because it opened up a great deal of prime real estate above ground that was otherwise jammed with traffic and inaccessible years ago.”

Aldo Cassano Jr. is an experienced Project Engineer with a demonstrated history of working in the real estate industry. Aldo is skilled in Budgeting, Operations Management, Contractors, Project Estimation, and CPM Scheduling. He is an active engineering professional with a Bachelor of Applied Science (B.A.Sc.) focused on Construction Management from the Wentworth Institute of Technology.

Aldo Cassano Jr. has been a Civil Engineer for over 15 Years at MassDOT. Aldo previously worked on the “Big Dig” in Boston for five years on several projects that ranged from $5 million to $190 million in value. As a civil engineer, Aldo’s work included bridges, tunnels, roadways, drainage, and earthwork.

4 Tips to Find Your Art Style with Marcula Stauffer