David Kent Joslin is a senior executive radiology consultant – his long-standing career in radiology has helped him orchestrate mergers and acquisitions, strategy and development, partnerships, de novo projects, and more. In his current role, he advises companies by identifying and solving issues that inhibit growth. He puts together a strategy using his business insight, hands-on operational experience, software development knowledge, experience in the healthcare services sector, investment banking, and more. David’s financial expertise comes from the accounting experience he gained while working for investment banking and management consulting. 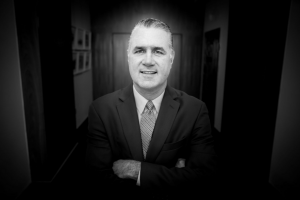 Although he is currently based in Sarasota, David Kent Joslin has had an international reach. David Joslin is a board member for Insight Radiology Puerto Rico, a multi-site operator of free-standing radiology facilities. He has a business proficiency in Spanish and enjoys spending time on the island.

Aside from Puerto Rico, David’s international reach began when he graduated in 1993 from Duke University with a degree in history and political science. His first job took him to Mexico City as a strategy management consultant for a leading media and telecom company. After spending three years in Mexico City, David Joslin relocated to London from 1996 to 1997 to work as a financial analyst for an international investment banking firm.

When he returned to the United States from his job in London, David Kent Joslin enrolled at Columbia Business School in New York. In the summer of 2000, he completed a summer internship with Bain Consulting in Panama City, Panama. After completing his MBA in 2001, David worked for a large investment bank in New York City. His work in investment banking led him to make start-up investments in healthcare. Some of the investments included medical devices, CAD Sciences, and Insight Radiology.

In 2008, David Kent Joslin served as vice president of mergers and acquisitions at a large radiology and cancer treatment healthcare services firm. By 2012, he returned to Insight Radiology until 2015 when David Kent Joslin transitioned to RadNet as vice president of operations and development. In his role at RadNet, David managed the services of 17 radiology centers in New Jersey, a $65 million operation.

Since settling in Sarasota with his family, David Kent Joslin loves to spend his free time playing golf and cycling outdoors. David Joslin is not done with New York, however; he still holds a real estate license in that state.