Harvey Weinstein, a disgraced Hollywood mogul who has been accused of sexually assaulting and harassing 105 women, is currently at trial. On Monday, Feb. 3, one key witness, Jessica Mann, was reduced to uncontrollable tears after four hours of cross-examination, bringing the trial to a halt. Kelly Hyman, attorney and TV political analyst, discussed the events with colleagues on Court TV that evening.

Kelly Hyman joined three fellow attorneys in the “think tank” to discuss the trial and the witness’ breakdown. 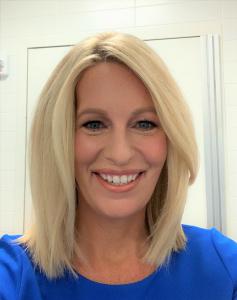 “Being under cross-examination is extremely exhausting, no matter who you are. To be asked questions over and over again is emotionally exhausting for someone, and then to relive a sexual assault, based on what she said, is enough for someone to break down,” Kelly Hyman said. “It’s very tough for a woman coming forward with the allegations she brings.”

The judge ordered the trial to continue the next morning, but Mann was still unable to bring herself to answer further questions Tuesday.

The defense, headed by attorney Donna Rotunno, used aggressive character assassination tactics and portrayed the witness, one of six accusers to take the witness stand against Weinstein, as a serial liar and manipulator. Rotunno, who specializes in defending men accused of sexual assault, said Mann made Weinstein believe she wanted sexual relations with him in order to advance her film career.

Weinstein has pleaded not guilty to in State Supreme Court in Manhattan to five felony charges, including rape, criminal sexual assault, and predatory sexual assault. A small fraction of the accusations against him has been admitted as evidence in the court and six women have taken the witness stand. The witness who broke down on Monday says Weinstein violently raped her twice in 2013.

Kelly Hyman and fellow Court TV guests discussed what could happen if Mann was unable to take the stand the next day. Theories ranged from postponing the continuation of the trial to having Mann arrested and forced to take the stand.

The following morning, Mann was unable to bring herself to testify further, though she did appear in court. Prosecutors rested their case after more than two weeks at trial. The defense has now called witnesses of their own.

A member of the Florida Bar, the Washington D.C. Bar, the New York Bar, as well as the American Association for Justice and the Former President of the Federal Bar, Palm Beach Chapter, Kelly Hyman is also a Democrat political and legal analyst. Attorney Kelly Hyman has appeared on numerous TV and radio shows. These include Law & Crime, Fox News, The Ingraham Angle, and Fox and Friends First. She has also appeared on the Ethan Bearman show, “Issues and Ideas” with Chris DeBellow, “The Whistleblower” with Mychal Wilson and the “Jiggy Jaguar” radio show. Kelly Hyman’s book, “Top 10 Reasons to Dump Trump in 2020” was released late last year.

To learn more about Kelly Hyman and connect with her, visit LinkedIn: https://www.linkedin.com/in/kelly-hyman/

Daniele Jarman of Sarasota Dispels the Myths and Misconceptions About Yoga