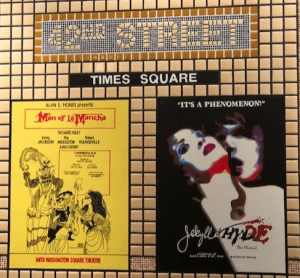 Certified Public Accountant Alan Honig has spent decades helping major representatives in the film, theatre, and music industries take hold of their finances and protect their earnings. Across a career spanning fifty years, Honig has made major contributions to the entertainment industries by serving as dedicated counsel and accountant.

Alan Honig began his career by attending the Wharton School of Finance and Commerce for four years where he graduated with a B.S. in Economics in 1960. When he was 20 years old, he studied at Cornell Law School for a short time and then attended classes at NYU Law School for over a year. It was in these various institutions that Honig learned skill and passion for accounting that he would build a worthy career on in the years to come.

In 1965, five years after graduating from Wharton, Alan Honig received his CPA license in the State of New York and became a member of the NYS CPA Society. He also served on the Tax Committee and the Entertainment and Sports Committee where he began donating his time to helping leaders in entertainment manage their funds.

“I have been involved in the accounting of over 100 Broadway theatrical productions and have represented producers, company managers, authors, directors, composers and lyricists as their accountant and advisor,” says Alan Honig.

Working with Broadway productions, he was able to help keep finances running smoothing and licensing in order so there were no hindrances for performances. Today, he continues to license foreign productions of Broadway shows to share their magic and appeal with the world.

One of Alan Honig’s most notable connections is to Man of La Mancha, the revolutionary stage production that follows the adventures of literary giant Don Quixote. The show received a Tony Award in 1965 and has been syndicated in international theaters ever since. Honig represents some of the rights owners of the production Man of la Mancha and also the most famous, iconic song, “Impossible Dream,” which has been used in a range of shows, movies, and commercials. It was even featured in a recent award-winning Honda advertisement.

Besides Broadway, Alan Honig has also purchased two song catalogs and sold many others including song publishing interests owned by Johnny Mathis and composer Burt Bacharach. Additionally, he’s handled catalogs from many songwriters of the 60’s and 70’s, a Sceptre Record catalog of R&B songs, written by Ashford Simpson as well the songs “Lets Go Get Stoned” and “I Do Not Need a Doctor” by Ray Charles.

Alan Honig also served as the Treasurer of a public company (Nasdaq), which owned a chain of 60 motion picture theaters at the time and had their own concession and candy company. He also worked together with the management of a radio station in New Hampshire and worked as the accountant with creators of jingles and music for some of the most well-known commercials.

In his own way, Honig has contributed greatly to the entertainment industry and proves to be a major accounting force in film, theatre, and music.