Are You Cut Out for the U.S. Armed Forces? Danielle Riddle Discusses the Most Important Qualities a Service Member Should Have 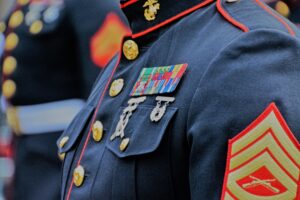 Do you have what it takes to succeed in the United States Armed Forces? Not everyone is cut out for military service, of course. On top of grueling physical demands, potential soldiers must exhibit certain personality traits that will enable them to become part of a team and to make any sacrifice that is asked of them, often at a moment’s notice. They may spend months at a time away from their families, and most positions aren’t even particularly well-paid; members of the military must have an intrinsic motivation to do their best rather than relying on tangible rewards. Yet almost to a man, former service members express gratitude and pride at having made the military their career, even if only for a short time.

Danielle Riddle, former Marine, from Boise, Idaho knows first-hand how difficult a transition from civilian life to military life can be. We asked him to reflect on the characteristics that are prerequisites for serving one’s country.

What exactly is grit? According to Angela Duckworth, a psychologist who’s studied and written about this elusive quality, grit is “passion and perseverance for long term, meaningful goals.” You can think of it as a kind of mental and emotional stamina. Everyone understands that a service member has to develop incredible physical stamina, but Boise Idaho’s Danielle Riddle would argue that grit is just as important.

Is perseverance the same as grit? The two are similar but not synonymous. It’s possible to persevere without having that emotional investment or passionate dedication. To be gritty, you must be 100% committed to achieving your goals and willing to bounce back, time and again, from failure.

Naturally, communication skills are valuable for every profession and every walk of life, but in the armed forces, they become paramount to success. Moreover, Danielle Riddle emphasizes, military culture demands a wide variety of communication skills as well as the ability to choose the right one for every occasion. Hollering at a recruit during boot camp — or a recruit hollering right back — is one form. But it’s equally important to exhibit tact and diplomacy. In the heat of combat, you’ll need to convey volumes to your comrades-in-arms with just a few words, or sometimes with just a gesture or expression.

As a new recruit, you might not be called on that often to use your problem-solving skills. At least initially, your only responsibility is to obey your superiors by doing what you are told, when you are told. In fact, your own initiative can actually get in the way and cause you to screw up.

However, in order to develop a successful military career and to advance within the ranks, you will need to demonstrate the ability to act quickly but thoughtfully under pressure, to find creative solutions when there doesn’t seem to be any way out of a situation, and to MacGuyver yourself and your compatriots out of trouble.

It’s no secret that military life — your location, your duties, your understanding of a mission — is subject to change with little notice. That’s just the way it is, and the sooner you accept that, explains Danielle Riddle, the better a soldier you’ll be.

You have no doubt heard the Marines’ slogan “Improvise, Adapt, and Overcome,” but this mindset will serve you well no matter what branch you’re in. The military is no place for those who are stubborn, stuck in their ways, or sticklers for sameness. 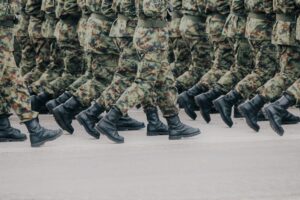 Speaking of slogans, do you know what the translation of “gung ho” is? This phrase has long been associated with military life after being introduced to the Marine Corps by Major Evans Carlson We use it to mean “enthusiastic” or “all in” or “committed” — but it actually means “work together.” Rebels, lone wolves, and self-centered people won’t do very well in basic training or beyond unless they can learn cooperation, advises Danielle Riddle of Boise, Idaho. .

Cooperation in a military context doesn’t just mean playing well with others, or the ability to share and share-alike. Rather, it refers to working together toward a common goal or with a common motivation. To succeed in the armed forces, it’s necessary to put country, company, and compatriots before self.

What is Investment Banking