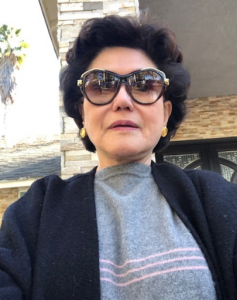 A California-based behavioral expert from Los Angeles, previously located in the nearby coastal city of Ventura, Rocio Moustafa offers her professional insight into bipolar disorder and effective medications, therapy methods, and other treatment options available for successfully managing the condition.

“It’s widely accepted that bipolar disorder cannot strictly be cured,” reveals Moustafa, a behavioral expert specializing in mood, cognition, and perception, “yet a range of treatment options do exist for managing the condition, including medication and therapy.”

According to nonprofit academic medical center Mayo Clinic, headquartered in Rochester, Minnesota, bipolar disorder is considered a ‘common’ condition in the United States, with more than 3 million new cases diagnosed each year.

“The main symptom of bipolar disorder centers around mood swing episodes where an individual goes from manic highs to depressive lows, and vice versa,” explains behavioral expert Moustafa. Treatment, she says, often consists of a mix of medication and therapy, including psychotherapy. “Cognitive behavioral therapy, psychoeducation, support groups, and family therapy may all be utilized,” adds Moustafa, “to help those suffering from bipolar disorder to better manage the condition.”

A chronic condition by definition, bipolar disorder and its symptoms may last for several years, or, indeed, be lifelong, according to Moustafa. “Also commonly known as manic depressive disorder, bipolar disorder requires a formal medical diagnosis before effective treatment can begin,” she adds.

Forms of medication utilized in the treatment of bipolar 2 disorder in the United States include selective serotonin reuptake inhibitors and a range of associated drugs. “Selective serotonin reuptake inhibitors, commonly referred to as SSRIs, are employed to ease symptoms of anxiety or depressed mood in those suffering from bipolar 2 disorder,” Moustafa explains, “yet they are not suitable for bipolar 1 patients, as they can trigger psychotic episodes in these individuals.”

“Supportive care for bipolar disorder may also involve periods of hospitalization,” she continues, “with bipolar 1 disorder, in particular, often requiring inpatient psychiatric care, especially if illicit drugs and alcohol are involved, and where full manic symptoms can be controlled by mood stabilizers and antipsychotic drugs for rapid tranquilization where self-harm or harm to others is a risk.”

Conditions related to bipolar disorder include schizophrenia, psychosis, post-traumatic stress disorder, clinical depression, and borderline personality disorder. “Where bipolar disorder is suspected,” Rocio Moustafa adds, wrapping up, “a patient should seek formal diagnosis, ideally from a clinical psychologist or a psychiatrist, or, where this isn’t possible, a primary care provider or family doctor, so that appropriate treatment may begin in earnest.”

House Flipping 101: How to Flip Houses According to General Contractor Pavel Rombakh