An awful lot of lip service is given — both in the national media and, on a smaller scale, in commencement speeches and in individual schools’ mission statements and other public relations collateral — to the importance of encouraging female students to engage with STEM subjects and to pursue college degrees in science, technology, engineering, and mathematics. But travel to one middle- and high-school campus in Oklahoma City, OK, and you’ll find an award-winning educator who has embodied that encouragement, and indeed an overall commitment to educational excellence, for four decades — and who shows no signs of stopping any time soon. Her name is Dr. Freda Deskin, and she is the CEO and founder of the Advanced Science and Technology Education Charter (ASTEC) Schools. 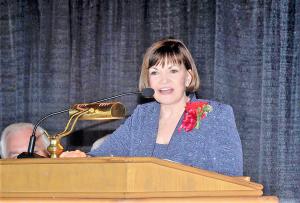 Opened by Freda Deskin in 2000 as Oklahoma’s first charter school, ASTEC focuses on technology and the other STEM disciplines as core subjects but is also dedicated to integrating liberal arts. Moreover, this institution’s holistic approach to education offers something that not many schools do: a nine-week foundational class in character education. ASTEC students receive instruction in the so-called soft skills that are often overlooked by districts focused on test scores, dropout rates, and attendance statistics. ASTEC’s student-centered approach is predicated on the notion that young scholars who are also given lessons in manners and etiquette, social and cultural awareness, entrepreneurship, and life skills will naturally be more engaged with, and more successful in, the academic portion of their education.

Freda Deskin and her colleagues also recognize the role that wellness plays in their students’ potential to achieve. Because of ASTEC’s dedication to helping children maintain good physical health as a complement to their intellectual development, it was named Oklahoma’s first HealthCore school in 2012. ASTEC offers fresh food, prepared on-site, to all students for breakfast and lunch. The students help maintain a clothing closet and food pantry to help less-fortunate members of their community, as well.

Freda Deskin says that ASTEC’s academics are second-to-none, a claim borne out by the fact that fully 99% of graduating scholars go on to college or another higher educational institute. Students who graduate from ASTEC are well-regarded in the greater Oklahoma City area, as the school has built a reputation for teaching sound values — respect, honesty, civility, community, and the importance of public service — in addition to calculus, chemistry, robotics, English literature, and other traditional subjects.

Among the activities offered on an extracurricular basis at ASTEC are bowling, soccer, basketball, tennis, cross-country, and golf. And its high school rowing team, adds Freda Deskin, has placed first in the Oklahoma City Regatta for the past three years.

ASTEC doesn’t just care about its gifted and talented program, its absenteeism rate, its test scores, or the awards and recognition that its students and educators earn year after year. It focuses on the whole student — whether that child has eaten a healthy breakfast, how she speaks to her peers and her elders, her time-management skills, her relationships at home and at school, her unique talents and her particular challenges, and perhaps most vital of all, the self-esteem, confidence, and determination she develops during these formative years spent under the ASTEC roof.