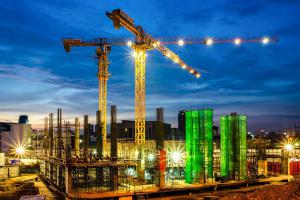 A commitment to industry standards and well-being in Panama have seen one property developer’s business flourish.

Having helped to raise levels of architectural integrity during 30 years in construction, Gabriel Btesh continues to strive toward increased standards of living and improved levels of well-being in the Republic of Panama.

Now at the helm of the family business, originally established by his father, Btesh is successfully creating a legacy. This legacy, according to the construction company boss, is not just for him or his family, but for the entire nation of Panama.

“I’ve always been a keen proponent of the advances being made toward increasing standards of living and well-being in my country,” he explains. “I had always yearned to do what was right, on a scale as great as possible, yet I never dared to dream that as a company we would achieve such success, or that it would prove to be so rewarding.”

Through his endeavors, Btesh says he’s been able to promote both the advancement of his father’s company and the well-being of those living in Panama. “Building homes for those in need, in particular, has been one of the most rewarding and exciting aspects of my career,” he adds.

In addition to residential projects, Btesh has also worked on a tremendous number of commercial retail, leisure, and entertainment venues across the country, creating tens of thousands of jobs in the process.

Highlighting a particular residential project, Btesh explains how he and the company were commissioned to work on a series of apartment buildings, intended to cater to local families in Panama City. They were designed, he says, to offer affordable living while simultaneously providing a comfortable and safe environment.

“As part of the project, I personally ensured that the apartment buildings each included amenities such as a gym, social areas, and creative spaces,” reveals Btesh. As a result, families who perhaps never imagined they’d see genuinely modern conveniences, let alone a level of luxury, were able to afford these upscale properties and enjoy the benefits which came with them.

“I hope that this will have served to change the lives of the families who moved into those properties, both for the better and for as long as they remain living there,” says Btesh, reflecting on the construction project.

“It’s something which I think about often,” he adds, wrapping up, “and which I’m incredibly proud to have been a part of.”