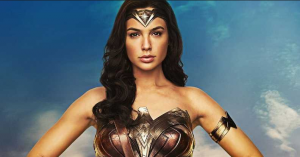 Longtime entertainment industry enthusiast Gary DeWaard stays up-to-date with the biggest news in the film industry, from Hollywood to Bollywood. Below, he discusses some of the biggest feature films coming out next year and names what he believes to be the most anticipated movies in an impressive lineup.

Gary DeWaard has heard many times that the film industry is going downhill, whether from quality content or lack of movie-goers. However, he’s closely followed the success of tremendous box office hits in recent years that prove to please critics and have fans coming out to movie theaters like never before.

“A lot of it has to do with the ongoing franchises that keep upping their game, such as Star Wars, Marvel Cinematic Universe, and Harry Potter series,” says Gary DeWaard. “We’ve broken records in the past couple of years and have set a high standard for the film in the future.”

Below are five of next year’s movies that Gary DeWaard believes will continue raising the bar for the entertainment industry in terms of quality and support.

Director Denis Villeneuve has consistently made entertainment headlines with his lauded, press-worthy work such as Sicario, Blade Runner 2049, and Arrival. His next project, set for release next year, is the feature adaptation of Frank Herbert’s classic science fiction novel about the son of a noble family entrusted with the protection of a planet. One of the most celebrated sci-fi books of all time, the expectations around Villeneuve’s adaptation continue to climb each day.

James Cameron once again set the record for the highest-grossing film of all time with his alien flick Avatar a few years back. The world of Pandora enchanted viewers through its rich 3D CGI and even spawned a theme park addition at Disney’s Animal Kingdom. The highly-anticipated sequel, which sets in motion the rest of the upcoming 5-film franchise, is sure to secure a new world record.

“Few superhero movies display such authenticity and heartfelt emotions that the first Wonder Woman film does,” says Gary DeWaard. “And that’s nothing to say of its game-changing focus on female empowerment.”

The sequel is set to release next year after years of extensive production. The movie will see the world-famous heroine battle off on the big screen with her arch nemesis for the very first time in live action.

Daniel Craig’s involvement in the Bond films has been on the rocks in recent years due to disagreements behind the scenes and the repeated use of an antagonistic director. However, Craig is ensuring this time around all the right decisions are made to please fans and critics alike. He’s even called in rising star Phoebe Waller-Bridge to edit the completed script and give more life to Bond’s female counterpart characters.

Following the summer release trend of blockbuster superhero movies, the new Birds of Prey flick is expected to smash records and draw out fans of the iconic Harley Quinn for her first big screen appearance in years. Only three years ago, Margot Robbie’s beloved character became the highest-selling Halloween costume of the year with plenty of additional merchandise to back her growing fame. In this sequel, director Cathy Yan will give audiences a variety of Harley screen time while she oversees the deeds of an exciting new gang of female anti-heroes.

“We have a lot of fantastic movies to look forward to next year,” says Gary DeWaard, “and it goes to show that our entertainment industry is only growing to new heights.”

Jeff Nock Discusses What to Look for in a PowerPoint, Keynote or Prezi Pitch Deck