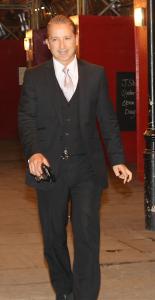 Entrepreneur Gasper Guarrasi looks back on a recent Arcview Group event which the respected environmentalist, humanitarian, and businessman attended as a leading keynote speaker.

Speaking recently at a prominent industry investor conference hosted by The Arcview Group in Santa Monica, Los Angeles, highly successful entrepreneur and businessman Gasper Guarrasi reveals more about Arcview, the event itself, and his part as a keynote speaker.

“I was both honored and delighted to be invited to the recent high-profile Santa Monica Arcview event as a keynote speaker,” reveals Guarrasi, a respected environmentalist, humanitarian, and CEO of Cannabis Advising Partners.

California cannabis consulting firm Cannabis Advising Partners provides full-service licensing, compliance, and business services to industry-related companies which operate in the State of California. Together, Gasper Guarrasi and Cannabis Advising Partners, who both presented and exhibited at the event, also hosted the panel ‘Navigating the Regulatory, Compliance and Tax Landscape’ alongside Juli Crockett, Chris Coggan, and James Mann.

“People were beginning to ask, ‘How did a fringe political issue so quickly become such a massive business opportunity?’” Guarrasi reveals.
This, he says, was central to much of the most recent Arcview event, where lengthy discussion focused heavily on the past, present, and future of the fascinating intersection between cannabis advocacy, politics, and international business.

The Arcview Group is the first and largest group of high-net-worth cannabis investors in the United States. Focused on access to deals, events and investor meet-ups, and market research, Arcview Group members have thus far invested more than $240 million in over 200 unique ventures, according to the organization.

Featured in CNN Money, Entrepreneur, Forbes, Fortune, The Economist, The New York Times, The Wall Street Journal, Time, and Business Insider, The Arcview Group is today the number one cited market research organization for the U.S. cannabis industry. “From products, software, and devices to agricultural and other technologies, within Arcview, there’s also a focus on biopharma, a subset of the pharmaceutical industry, plus cultivation, retail, and business services,” Guarrasi further explains of the organization.

Cannabis Advising Partners CEO Gasper Guarrasi is a respected environmentalist, humanitarian, and serial entrepreneur from Newport Beach, California. A supporter of charities including Doctors Without Borders, the American Red Cross, and Save the Children, Guarrasi is also the founder, CEO, and creator of G2 Lifestyles and founder and former CEO of TRAINERbrands. The entrepreneur, who has long enjoyed a fast-paced, competitive lifestyle, including as the president of a $100 million company, is also CEO of Storm Water Systems and PopNDrop, and is the visionary behind StormPROOF and GASPERfilms.

Is Your Home Pet Proofed? Make Sure Your Pet Stays Safe With Tips From Bryan Nazor