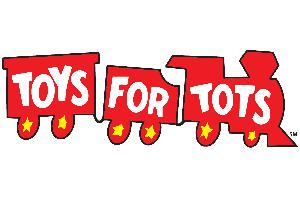 A program run by the United States Marine Corps Reserve, Toys for Tots distributes toys to children whose parents are unable to afford to buy them gifts at Christmas. A retired U.S. Marine Corps Staff Sergeant, Heber Alonzo Merazreflects on his work with the organization for which he served as project coordinator for three years between 2010 and 2012.

“The mission of the program is to collect new, unwrapped toys during October, November, and December each year, before distributing those toys as Christmas gifts to needy children in the community,” reveals former Toys for Tots program coordinator Meraz.

“The Toys for Tots program was founded in 1947 by reservist Major Bill Hendricks,” explains Meraz, who was coordinator for the project in 2010, 2011, and 2012, “and, to this day, aims to deliver, through a new toy at Christmas, a message of hope to less-fortunate youngsters which will assist them in becoming responsible, productive, and patriotic citizens.”

Initially established solely as a Los Angeles-based and focused charitable effort, the program’s first event, under then-coordinator Lieutenant Colonel John Hampton, collected more than 5,000 toys for local children from collection bins placed outside Warner Bros. movie theaters across the city. “Such was the success of the program’s first Christmas,” Meraz adds, “that, the following year, Toys for Tots was launched as a national campaign.”

“Today, and since its inception,” he adds, wrapping up, “the United States Marine Corps Reserve Toys for Tots program has successfully distributed more than 530 million toys to over 244 million less-fortunate children throughout the country at Christmastime.”

Heber Alonzo Meraz is a retired U.S. Marine Corps Staff Sergeant. Raised in El Paso, Texas, and Dodge City, Kansas, Meraz joined the Marine Corps in 1994 and went on to complete 20 years active duty service. Today a senior analyst with Sikorsky Aircraft in Shelton, Connecticut, Heber A. Meraz boasts a keen community spirit, regularly hosting local events in and around both Shelton and nearby Trumbull where he currently resides. A keen marathon runner and the recipient of an American Red Cross Lifesaving Award, events hosted by Meraz include the annual ‘Neighborhood Safety Event’ focused on teaching children in the area about CPR, fire safety and prevention, and recognizing choking hazards.

The Marine Toys for Tots Foundation is a 501(c)(3) not-for-profit public charity located in Triangle, Virginia, which serves to fund, raise funds for, and support the United States Marine Corps Reserve Toys for Tots program. To learn more, or to make a donation, please visit https://www.toysfortots.org/.

Austin Trahern Discusses the Benefits of Using Google My Business