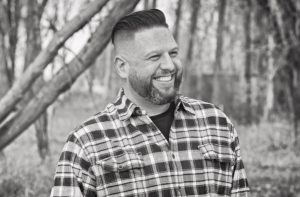 Jay Brandenburg-Nau is a counseling psychologist helping families, couples, and individuals understand their inner workings better to achieve a peaceful, happier state. With years of experience treating men’s health issues, he helps readers understand the societal pressures on men, the effects on their health, and the reasons behind their reluctance to seek help.

For a decade, Jay Brandenburg-Nau has helped local clients attain peace and long-lasting happiness by employing a range of counseling techniques and approaches. He first realized he wanted to be a counselor while listening to a mental health therapist on the radio as a child, and he has spent all his years since studying, researching, and gaining expertise in the field. He earned a Master’s Degree in Clinical Mental Health Counseling from Denver Seminary in 2010 and began accepting clients shortly after.

His contributions have helped many individuals uncover the inner drives and workings that fuel both their positive and negative feelings, which assists them to maintain balance and improve well-being. He’s careful to give special care to his male patients who are far less likely to come forward with their health issues and seek out the help they need.

“There is a lot of pressure from society and culture for men to behave a certain way and treat their own problems so they don’t look weak or wimpy,” says Jay Brandenburg-Nau. “It’s this negative mindset that leads men to behavior such as heightened aggression and addictions like alcohol or drugs.”

Today’s social norms instill very rigid beliefs about masculinity in men and boys, and it is a tremendous factor in whether they seek out help for their health concerns. When they do seek help, Jay Brandenburg-Nau has noticed that his male patients tend to be less likely to open up or be entirely honest for fear of losing their manhood.

Men may fear they won’t be believed by counselors even if they do come forward, or else that their experiences may be downplayed, leaving them feeling even more emasculated. The suicide rate for men is 3-4 times higher than women, and toxic masculinity is often a major factor.1 Toxic masculinity prevents many men from seeking help, and it makes the concept of masculinity very fragile and even more difficult to uphold.

“While I can’t overhaul society’s perception of men and male gender roles, I can help my patients understand these influences and pressures better,” says Jay Brandenburg-Nau. “From this, we can get to the core of male health issues and discover what other factors are contributing to negative habits and traits.”

Jeff Nock Discusses the Importance of Flexible Focus for Startups