Lawyer Kelly Hyman of The Hyman Law Firm, P.A., a Democrat commentary and television legal analyst appeared on “America This Week with Eric Bolling recently. She was joined by Emma Meshell, an analyst for Young Americans for Liberty. The women discussed with host Eric bolling a range of topics surrounding Trump and the impeachment inquiries.
Host Eric Bolling kicked off the discussion by asking lawyer Kelly Hyman about her new book, “Top 10 Reasons to Dump Trump in 2020.” The book, available now, discusses 10 of the multiple reasons Kelly Hyman says Trump should not be re-elected. These include his “constant lying,” human rights abuses, and the impact of his policies on the already-vulnerable environment.

Bolling then asked Emma Meshell to outline three reasons to keep Trump in 2020. As a Libertarian, Meshell said she has her qualms with Trump as well, including tariffs, which she said are a “tax on American citizens.” However, she said she sees many positives in his presidency, including an improved economy and an increase in blue-collar jobs.
Meshell and Hyman also discussed with Bolling the economy. 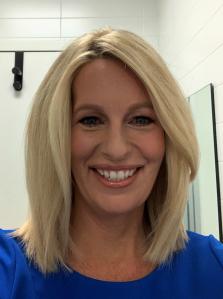 The conversation then turned to the impeachment inquiry. Bolling asked Meshell for her thoughts on the investigation and whether the Democrats could be trusted to bring forth an impartial inquiry and vote. “I’m hesitant to say I trust any politician ever,” Meshell replied, before saying she believes both Republicans and Democrats are “playing to their audience” to assure the public they are doing their jobs. Kelly Hyman chimed in to say she believes Democrats are “playing fair” in the investigation. Bolling disagreed, questioning the fairness of Democrats’ tactics, such as holding sessions behind closed doors. Hyman countered by noting that certain Republican representatives were present in those sessions along with the Democrats and that closed sessions, without the disturbance of the media, are common on The Hill.

Attorney Kelly Hyman has been on several programs, including Law & Crime, The Ingraham Angle, and Fox and Friends First in addition to Watters’ World. She has also appeared on the Ethan Bearman show, “Issues and Ideas” with Chris DeBellow, “The Whistleblower” with Mychal Wilson and the “Jiggy Jaguar” radio show, based out of Kansas.

Throughout her illustrious law career, she has contributed to several high-profile cases on significant matters including tobacco, water contamination, and transvaginal mesh and bladder slings. She has also participated in federal court multi-district litigation discovery committee common benefit work for various mass torts projects and is a member of the Florida Bar, the Washington D.C. Bar, the New York Bar, as well as the American Association for Justice and the former President of the Federal Bar, Palm Beach Chapter. Recently, she opened her own law firm, The Hyman Law Firm, P.A.

To learn more about Kelly Hyman and connect with her, visit LinkedIn: https://www.linkedin.com/in/kelly-hyman/