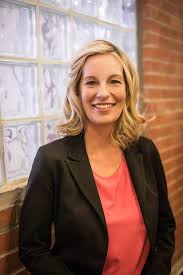 “Alabama’s new abortion law has everyone taking a position on one side of the issue or the other,” Hyman suggests. While the public is emotionally charged by the issue, she says, supporters of the law are pursuing what she calls a deliberate tactic.

“The supporters of the law in Alabama’s legislative body are pursuing a deliberate tactic,” states Hyman, “and, ultimately, the law may force the U.S. Supreme Court to reevaluate the Roe vs. Wade doctrine.”

Roe vs. Wade was a 1973 landmark decision by the Supreme Court which ruled that a state law banning abortions, other than to save the life of the mother, was unconstitutional.

Alabama’s abortion law is set to go into practice in November and would represent the harshest abortion law currently in place in the United States, according to Kelly Hyman.

Political action groups, however, are currently taking legal action to block the enactment of the law. “They’re not alone, either,” Hyman, a graduate of UCLA and the University of Florida College of Law, suggests.

Under the new law, it would be illegal for any healthcare provider to participate, or to attempt to participate, in abortion procedures, for almost any reason. “While the law makes allowances for instances in which the pregnant patient’s life is at risk, there are related restrictions which must also be considered,” adds Hyman.

Found guilty of violating the law, medical practitioners stand to face hefty fines and decades in prison. “While public criticism of the law has spread across the country, Alabama lawmakers may not expect the law to hold up to legal scrutiny,” Hyman reveals.

In fact, according to the attorney, they may expect the law to be defeated in the state’s lower courts as it violates the protections offered by Roe vs. Wade, making abortion legal in many circumstances since the 1970s. “Still,” she continues, “they may pursue the issue all the way to the U.S. Supreme Court, wishing to have the Roe vs. Wade decision challenged.”

Lawsuits filed by action groups such as Planned Parenthood argue that the new law violates other rights, too, specifically the 14th Amendment, which guarantees the right to liberty. The 14th Amendment is also said to imply a right to privacy; a right which is further violated, lawsuit documents suggest, by the abortion law, according to Hyman.

“Other states also facing lawsuits to challenge restrictive abortion laws include Ohio, Mississippi, and Kentucky,” she adds, wrapping up.