Lawrence “Larry” J. O’Bryan is the picture of the American Dream realized. His parents grew up poor and did not have the opportunity to receive a good education; however, they worked hard and prioritized their children’s future, investing what money they had in their kids’ education. Larry O’Bryan credits his prestigious Catholic school education and the example and encouragement of his parents for his success in life. Over the years, the businessman has earned many accolades, among them the “Silent Warrior” award from General Electric (GE Appliances). 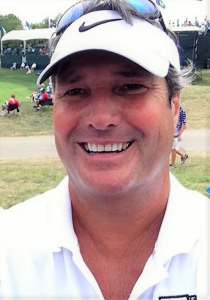 The CEO of TPC-KY Inc. in Louisville, KY, Larry O’Bryan helms one of the nation’s most prominent label manufacturers. TPC-KY Inc. has an exclusive contract with GE Appliances to provide barcodes and labels for all of their North American facilities.

He and TPC-KY Inc. received the Silent Warrior award at the GE Appliances President’s Council Summit, a forum for company leaders. The forum attracted nearly 100 suppliers and more than 250 attendees who gathered to share ideas and recognize accomplishments and top performers. The Silent Warrior award recognizes “Outstanding national suppliers, those who are the best in their field and seamlessly execute on a daily basis.”

Melanie Cook, COO of GE Appliances, said the President’s Council Summit is “an important venue. This is where we align, collaborate and strengthen partnerships with our suppliers. Partnerships matter. We do better together.”

The award signifies Larry O’Bryan and TPC-KY Inc.’s commitment to customers and community and reinforces the nature of the company’s slogan, “Earning Customer Trust Through Service & Quality.”

In addition to the Silent Warrior award, TPC-KY had much to celebrate in 2019. Larry O’Bryan said the company also saw record growth in the last year and continued its commitment to hiring a diverse workforce. Minorities account for 60% of the TPC-KY Inc. workforce.

The company also gave back to several community organizations including The Salvation Army, VG Reed Needy Family Fund, Hearts in Motion, Home of the Innocents and Blue Lick Optimist, among other charities. Larry O’Bryan is also the founder and sole donor of the St. Xavier High School Endowment Fund, which provides scholarship opportunities for young men to attend the esteemed private Catholic school.

Gregory Michael Steinberg of Austin, Texas Talks About the Importance of Certifications