Lawrence J. O’Bryan, CEO at TPC-KY, Inc., knows a thing or two about the importance of a good education. Born in 1959 to a poor family, his life is a true rags to riches tale. The esteemed businessman attributes much of his success to his education at prestigious schools like St. Xavier High School. In order to give other young men the opportunity to attend the high school and establish a solid foundation for their future, he founded The Lawrence J. O’Bryan Endowment Fund.

The endowment and scholarship fund provides tuition assistance to young men who wish to receive a Xaverian Brothers education. The award is based on family need. Students with an interest in journalism, broadcasting, communications, or government receive priority consideration. 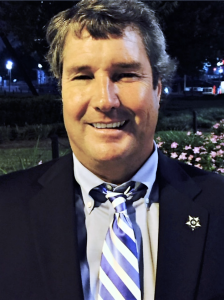 In addition to owning one of the nation’s most prominent label manufacturing companies, Lawrence J. O’Bryan founded Pro-Active Media and was for many years one of Kentucky’s most respected political media consultants. Among other achievements, Larry O’Bryan led the successful Democratic effort to defeat four-term Republican incumbent State Senator Elizabeth Tori representing Hardin and Jefferson Counties. In 2012, he also provided the winning media for Court of Appeals Judge Irv Maze and Circuit Judge Angela Bisig.

In addition to St. Xavier’s, Larry O’Bryan said his parents were a significant part of his achievements.

His father did not have the opportunity to attend school past seventh grade, while his mother was not educated beyond high school. The couple overcame adversity, however, and built a stable life for themselves and their five children through buying, renovating, and renting old homes. Eventually, O’Bryan’s parents sold the properties in the 1980s and financed the loans themselves, paying the kids to work in the apartments instead of giving them an allowance. Although money was tight, O’Bryan’s parents paid for all of their children to attend private Catholic schools and college.

“I know this education and the commitment my parents made for us is a major reason for my successes in life,” Larry O’Bryan said.

It is also a significant motivation for Larry O’Bryan’s commitment to giving back to his community. In addition to the St. Xavier High School scholarship, he regularly donates to causes including the Salvation Army for Hurricane Relief, VG Reed Needy Family Fund, Hearts in Motion, and Home of the Innocents, among others.