Madisson Ledan, from Boynton Beach Fl, is a student who formed a gaming club at school. He states that the gaming club has helped him be more social. 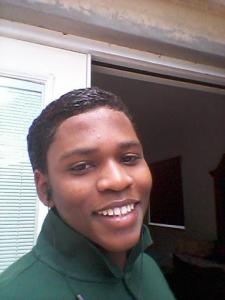 Madisson Ledan, from Boynton Beach Fl, is a student who formed a gaming club at school. He states that the gaming club has helped him be more social and improved his school life.

In late 2018 Madisson Ledan formed a gaming club with his friends for them to spend more time with each other outside of school. At first, it was just the three of them, but after several months they grew to around ten concurrent members and continued to grow from there. They initially focused on games they had played before, but as the group grew, they expanded horizons to new releases and board games. “Originally, we started the group so that we could all play Super Smash Bros together. After a while, we got new members who I would never have thought played the same type of games as me.” Says Madisson Ledan. “There were kids that I would see every day and not know anything about, but when they joined the club, you saw a completely different side of them. People you thought you had nothing in common with quickly became allies or rivals in these games.”

A recent study from the American Psychological Association reports that over 70% of gamers play with a friend or group. It is challenging the long-held false stereotype of video games and isolation. “Multiplayer games become virtual social communities, where decisions need to be made quickly about whom to trust or reject and how to lead a group.” Says the American Psychological Association.

“I know a lot more people now that I have started gaming in a group. People I would see in the halls and don’t know anything about I know go oh, he’s a very competitive person, or he is a very friendly player.” Says Madisson Ledan. “In school, there tends to be a lot of social cliques, or groups only being with each other. But in our gaming club, you get the sports types, the theatre kids, and everything in between. They become less their group, and more of just a person or friend. It has expanded my horizons on who I thought I could talk to or become close friends with.”