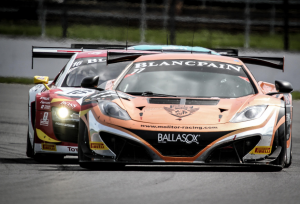 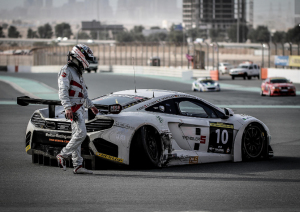 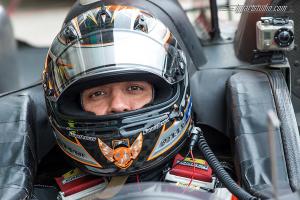 The ORECA 03 is a Le Mans Prototype built by ORECA in 2011 and known internationally for its quality performance in high-endurance races. Rodin Younessi piloted one of seven ORECA 03 vehicles that entered the 24 Hours of Le Mans competition in 2013.

The 24 Hours of Le Mans is a world-renowned racing competition held each year since its inception in 1923. Today, it’s considered one of the most-followed and highly-anticipated races in the world and is the premiere competition for endurance and efficiency. For the 2013 series, the 90th anniversary of Le Mans, motorsports enthusiast and dealership-owner Rodin Younessi raced in one of the seven ORECA 03 models entered into the competition.

“I am overwhelmed by the opportunity I’ve been given to compete in the 90th Anniversary of the 24 Hours of Le Mans; the feeling is surreal,” said Rodin Younessi before the race began. “I am grateful for the faith, confidence, and the once in a lifetime opportunity.”

Built and developed by ORECA, the 03 model is one of 24 in total and is the third car that the company has produced after the 01 and FLM09. It’s the preferred choice of many drivers for endurance racing, and it’s an especially popular option for those competing in the 24 Hours of Le Mans. To ensure that their many vehicles participating in the Le Mans performed to their fullest ability, the engine department, based in Magny-Cours, served on hand at the competition with engineers overseeing no fewer than eight V8 engines (seven of which were the 03 model).

“It’s a powerful and stable vehicle delivering high-performance across hours of continuous use,” said Rodin Younessi, “making it an obvious choice for the Le Mans. It was an honor to drive such a capable car for the competition.”

The ORECA 03 debuted in 2011 and has set the standard for the LM P2 class of vehicles ever since, especially in the 24 Hours of Le Mans. The vehicle was a prototype designed in ORECA workshops that quickly became a manufacturing success, holding two consecutive pole positions and two fastest race laps. After the ORECA 03 reached its initial podium at the 2011 Le Mans, two others finished in the top three in 2012. In total, seven of the eight ORECA 03 entered that year took the checkered flag, and four of their vehicles ranked in the top six finalists.

“The ORECA 03 distinguishes itself by how easy it is to drive, especially for gentlemen drivers,” said Director of the Design Bureau Christophe Guibbal. “The ORECA allows pros to get the max out of the car and push the limits, while the amateurs have to find their own limits and reach the highest level possible.”

Ultimately, Rodin Younessi and his fellow ORECA 03 drivers of the 2013 Le Mans raced one of the highest-performing vehicles on the market in one of the most world-renowned motorsports racing events in history.