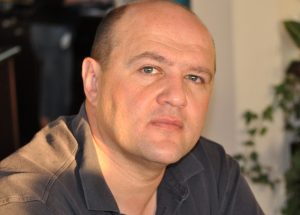 EDMONDS, WASHINGTON, UNITED STATES, January 17, 2019 /EbizNewswire/ — On the morning of January 28, 1986, the NASA shuttle orbiter mission STS-51-L and the tenth flight of the Space Shuttle Challenger, (OV-99) broke apart after just 73 seconds in flight, resulting in the untimely death of all seven crew members, consisting of five NASA astronauts, and two payload specialists.

After breaking apart, the spacecraft disintegrated over parts of the Atlantic ocean, and also off the coast of Cape Canaveral, Florida.

When thinking about this accident, it’s important to discuss Richard Feynman, a theoretical physicist and one of the authors of quantum electrodynamics, an explanation of the modern physical theory.

Because of Feynman’s theory, we now understand how natural law and man-made disasters connect together. When natural law is ignored, these types of tragedies occur.

“The fact that this danger did not lead to a catastrophe before is no guarantee that it will not the next time unless it is completely understood,” Feynman went on to explain. “When playing Russian roulette, the fact that the first shot got off safely is little comfort for the next.”

“Feynman was able to uncover that a rubber seal on the rocket cracked and gas was able to flow out and ignited the explosion,” explained Pavel Rombakh. “This lead to one of the greatest accidents in American history.”

The vehicle began breaking apart after a joint in the right solid rocket booster failed at liftoff. This failure was ultimately caused by the O-ring seals malfunctioning as they were not designed to handle the unusually cold conditions with this specific launch. Because of this failure in the seal, a breach was caused, allowing pressurized burning gas from within the solid rocket motor to get outside and affect other joint attachment hardware, including the external fuel tank, leading to the separation of the solid rocket motors aft field joint attachment. This ultimately led to the structural failure of the external gas tank, with aerodynamic forces breaking up the spacecraft.

Because of the negligence of this accident, the disaster resulted in a 32-month long shutdown of the shuttle programs and the formation of a commission to uncover the truth, entitled Rogers, a special Commission about by President Ronald Reagan.

“The Commission ultimately found NASA to have an organizational culture and decision-making process problem that had been a key factor to the accident,” explained Pavel Rombakh. “Ultimately NASA had violated their own safety protocols.”

Since the late 1970’s NASA managers had known about the potential flaws inside of the SRB rocket and the o-rings but had never truly addressed the problem to correct it, and they also did not listen to multiple warnings from engineers about launching on that day with the drastically low temperatures.

“Because of the Rogers Commission and the work of Feynman, much research has been done to make sure accidents like this never happen again,” explained Pavel Rombakh. “Studies on the Challenger disaster continue to this very day.”

To learn more about the work of Pavel Rombakh, and to connect, click here.