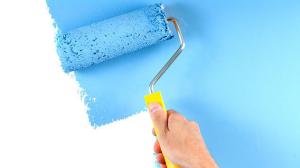 Developed with no expense spared following years of intensive research and laboratory testing, Rhino Shield has now served as a leader in the premium wall coating industry in the United States and internationally for almost two decades. Rhino Shield Jacksonville’s Rick Mariano offers a closer look at the brand’s system, its technology, and its benefits.

“Our ceramic elastomeric wall coating technology breaks the perpetual exterior painting cycle which many of us have traditionally faced with our homes and businesses,” explains Mariano, owner of Rhino Shield Jacksonville.

Rhino Shield’s elastomeric wall coating system is touted to eliminate the need for frequent repainting via superior adhesion, representing a substantial financial saving over time. Tested independently by BASF labs, Rhino Shield products all boast eco-friendly qualities, being non-toxic, low-odor, non-flammable, and containing low VOCs, according to Mariano. “At Rhino Shield Jacksonville,” he explains, “we employ our incredible technology to waterproof both commercial and private buildings to prevent mildew, mold, and algae growth.”

The technology, Rhino Shield Jacksonville owner Mariano says, allows water vapors to readily escape due to its superior breathability, working on virtually any surface, including brick, stucco, wood, and block. “From being eco-friendly and eliminating the need for frequent repainting, to working on almost any imaginable surface, the list of benefits of utilizing our revolutionary elastomeric wall coating system goes on and on,” he adds.

Further benefits, according to the Rhino Shield Jacksonville website, extend to saving time and money, and lowering energy costs, with any work guaranteed to last, and capable of beautifying homes and other buildings, and—in doing so—increasing their values.

Producing an immediate, vibrant, and luxurious sheen once applied, even better, Mariano says, is that the finish looks truly great and ‘as new’ for many years to come. “It truly transforms a building’s exterior appearance and can be tinted to more than 1,500 shades,” suggests the Rhino Shield Jacksonville owner.

A real testament to operations at the firm, Rhino Shield Jacksonville is A-rated with the Better Business Bureau. “Rated by the Better Business Bureau, we’re bound to adhere to its impeccable standards,” reveals Mariano of Rhino Shield Jacksonville’s commitment to the nonprofit organization and its mission, and whose motto states ‘start with trust.’

“So, choose Rhino Shield Jacksonville,” he adds, wrapping up, “and never paint again!”

To learn more about Rhino Shield Jacksonville, please head to http://www.rhinoshieldjax.com/ or call 904-519-5055.