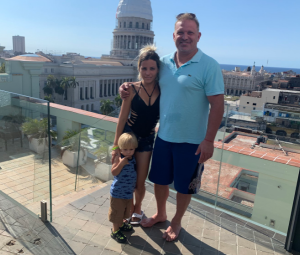 Samuel Lehrer of Miami is a contributor to several charities and nonprofits that strengthen communities and empower the less fortunate and underprivileged. By supporting the frequent fundraisers for the National Navy SEAL Museum, he ensures generations to come to have the opportunity to learn about the American legacy of the SEALs and can support the families who stood behind them during their service.

For decades, Samuel Lehrer has donated time, resources, and awareness of a variety of nonprofits and outreach organizations. He and his family have especially helped raise awareness of the Island Time Music Festival and Fishing Tournament as well as the Little Yellow School House, which these events support financially.

“The Little Yellow School House provides children with developmental and learning issues that impede their school work with care and guidance to stay on track for graduation,” says Samuel Lehrer. “By hosting a musical event on the island and a fishing competition with an individual buy-in, they help fund their programs at the school and the associated outreach or counseling programs.”

Alongside his dedication to Island Time and the community on Isla Mujeres, Samuel Lehrer of Miami is a longtime contributor to the National Navy SEAL Museum. The museum is a true one-of-a-kind exhibit where visitors can immerse themselves in the rich history of the Navy SEALs and the incredible feats they’ve accomplished since they were founded in the 1960s.

The SEAL Museum and Memorial is the only museum in the entire world that is dedicated exclusively to the elite warriors of Naval Special Warfare, making it an invaluable piece of history. Family members and friends of those who served can find dedicated areas to reflect on their lost loved ones and learn more about their story.

“The museum has just opened a new wing of exhibits that highlight the Navy SEAL history during the global war on terror,” says Samuel Lehrer of Miami. “While it covers the far reaches and earliest days of the division’s beginnings, it showcases their achievements all the way up to our own times.”

Apart from regular exhibits, the Navy SEAL Museum and Memorial house the Trident House, an area dedicated to the housing of families of fallen SEALS who come to view their loved ones’ representations on the Memorial wall. All who come demonstrate their patriotic pride and their support of our country’s veteran warriors. Through the museum, our civilians can uphold SEAL legacy and their memory, and support the families who supported them.

Through events such as the “SEAL the Deal” Golf Tournament, which commemorates and honors the sacrifices of the Navy SEALs, people like Samuel Lehrer raise funds to benefit the families of our fallen SEALs and The National Navy SEAL Museum, Memorial and
Trident House.