Equine-assisted coaching is available to help improve communication skills. Established by understanding a trust, and reinforcing the importance of defined goals. Coupled with a view to more quickly overcoming obstacles and challenges.

Equine-assisted coaching has increased massively in popularity in recent years. Used predominantly by businesses to develop leadership skills within their organizations. Also by high ranking executives to improve themselves personally, it’s a rapidly growing market.

With that said, horses have been used in various forms of therapy and for developmental assistance since ancient Greek times, with documentation dating back as far as 600 BC. Modern documentation begins in Europe in 1946, with formal documentation from the U.S. starting in the 1960s.

Equine-assisted coaching takes much of its understanding and many of its disciplines from this and subsequent documentation, with the practice, now taking place in over 40 countries globally.

“The process of equine-assisted coaching improves an individual’s ability to effectively cooperate during times of uncertainty and to understand the importance of roles and responsibilities,”

It also helps to develop a deeper found respect for an individual’s surroundings, according to the equine assistance expert. “It’s about mindfulness and paying attention to a particular or given environment,” she adds.

Other benefits are said to include accelerated development and understanding of leadership capabilities, improved self-belief, increased confidence, increased awareness, development of new approaches to leadership in the face of adversity, and, as a result, a particular ability to lead successfully in trying situations.

“Participants have told me personally how profound and effective equine-assisted coaching has been for them,” says Belgarde.

“Ultimately, to bring about our very best selves. we need to receive timely, candid, and forthright feedback, all delivered without any sense of judgment,” she suggests.

“Horses,” Belgarde adds, in conclusion, and wrapping up, “are the masters of this.”

Furthermore, equine-assisted coaching is a variant of equine-assisted therapy. An area in which Suzette Bernadine Belgarde specializes in treatments centered around horses.

Also known as hippotherapy, such activities are generally tailored to the promotion of physical, occupational, and emotional growth. These include cerebral palsy, attention deficit hyperactivity disorder, developmental delay, dementia, autism, genetic syndromes, and traumatic brain injuries, among others. 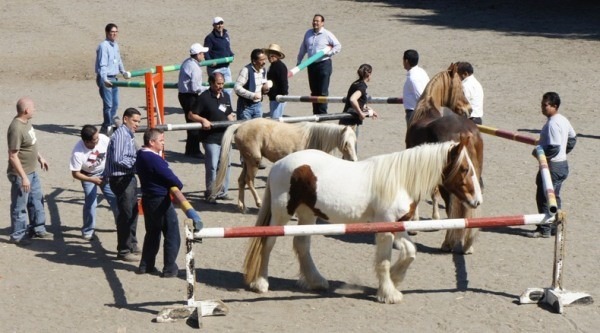 Paul Ingram Discusses the 5 Best Qualities of a Construction Company