Bluffton, South Carolina, July 30, 2018 (Ebiznewswire.com) –  Since its inception a decade ago, the Berkeley Hall Charitable Fund’s annual Charity Cup has awarded grants worth over $1 million to good causes in the Bluffton, South Carolina area. These awards are made possible largely thanks to the philanthropic efforts of charitable individuals such as T Sloan Thompson.

These grants are made possible largely thanks to the philanthropic efforts of charitable individuals such as T Sloan Thompson.

Recently, the Thompson Family made a donation worth $1,350 to the fund. “The organization’s mission is to make a difference locally, addressing the basic human needs of those in the community who are most vulnerable,” explains Thompson.

Money raised through donations, functions and other fundraising efforts is awarded via grants to local nonprofit charities, groups, and organizations. 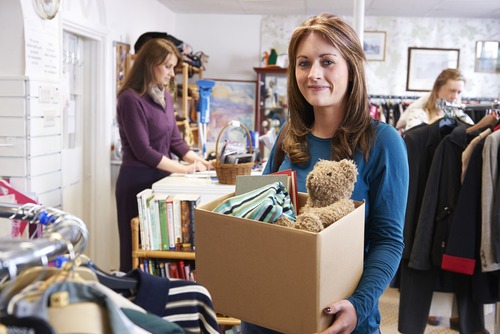 Funds gathered during this year’s Memorial Day cup event of $184,000 saw Berkeley Hall’s fundraising total increase to over $1 million. “Each year, more and more people donate to the cause,” points out Thompson. “In doing so, the total amount of money raised each year continues to go up.”

“While the weekend has become a staple fun event, the mission of the Berkeley Hall Charitable Fund remains at the forefront.”

Other recipients, such as Bluffton-Jasper County Volunteers in Medicine, Bluffton Self-Help, Deep Well, Second Helpings, Neighborhood Outreach Connection, and Programs for Exceptional People, have also benefited from the kindness and generosity of donors such as T Sloan Thompson.

To say thank you, Berkeley Hall organizes an annual weekend golf event for those who have donated.

While held at the Berkeley Hall clubhouse, the event also boasts a highly popular gala evening with an open bar, live auction, raffle, and more. The golf tournament itself features a variety of prizes as well as numerous on-course contests.

“While the weekend has become a staple fun event. The mission of the Berkeley Hall Charitable Fund remains at the forefront,” notes Thompson. “Each person participating in the weekend has generously donated. Each donor is a valued member of a group which helps to improve the lives of those less fortunate.”

Furthermore, Thompson adds, “It’s with that in mind, that I hope to stay involved for many more years to come.”

T Sloan Thompson is a native of Sumter, South Carolina. A graduate of Francis Marion University, at which he earned a Bachelor of Science degree in political science. Thompson currently resides in Bluffton, South Carolina, with his wife, Christina, and daughter, Amelia.

Phaze Concrete and What You Should Know