Politics is often a divisive subject, but since Donald Trump stepped onto the scene in 2015, the American political landscape seems more turbulent than ever before. Attorney and Television Legal Analyst Kelly Hyman recently appeared on the Fox News program Watters’ World to express some of the distress she has felt in regard to the current president and his actions.

Kelly Hyman joined political strategist Anthony Tall on the program, which airs weekly to provide a “young, fresh look at everything from politics to pop culture.” 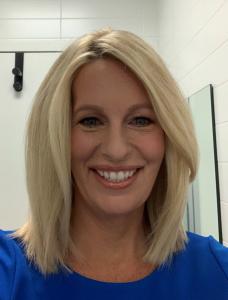 Host Jesse Waters invited the duo to go to a “rage room.” As the name suggests, such rooms are a place specifically designed for people to take out their aggression, anxiety, and anger by taking a bat to various objects, throwing things against the wall, or whatever else suits them.

Before going inside, Waters asked what Tall and Hyman were angry about. Both replied with answers related to politics and the presidency. Tall mentioned not knowing what new kind of chaos he’d wake up to every morning. Kelly Hyman answered similarly, saying succinctly “the president” is what angers her the most. “He’s dividing our country, not uniting our country,” she said. “We need a change.”

Once Waters and Hyman entered the rage room, each took a bat to a dummy and whacked away while shouting exclamations such as “There is global warming, tell the truth!” and “For Biden!”

Afterward, Kelly Hyman and Tall said they’d recommend a rage room experience for anyone experiencing anxiety, frustration, or anger. Tall said he felt better about politics after getting some of his frustration out. However, when Watters asked Hyman, “ Do you feel better about Trump now?” Hyman replied quickly with a “No.”

A respected Democrat commentary and television legal analyst, Kelly Hyman has been on several programs, including Law & Crime, The Ingraham Angle, and Fox and Friends First in addition to Watters’ World. She has also appeared on the Ethan Bearman show, “Issues and Ideas” with Chris DeBellow, “The Whistleblower” with Mychal Wilson and the “Jiggy Jaguar” radio show, based out of Kansas.

She is also the author of the recently-released book, “Top Ten Reasons to Dump Trump in 2020.”

A former actress and model, attorney Kelly Hyman has had an illustrious career in law and has contributed to several high-profile cases on matters including tobacco, water contamination, and transvaginal mesh and bladder slings. She has also participated in federal court multi-district litigation discovery committee common benefit work for various mass torts projects and is a member of the Florida Bar, the Washington D.C. Bar, the Colorado Bar, the Colorado Bar Association, as well as the American Association for Justice and the Former President of the Federal Bar, Palm Beach Chapter.

Kelly Hyman is also an expert on and has lectured about topics including mindfulness, improv for attorneys, and drug and medical device litigation.

Watch the Watters’ World clip here: https://video.foxnews.com/v/6119855995001#sp=show-clips
To learn more about Kelly Hyman and connect with her, visit LinkedIn: https://www.linkedin.com/in/kelly-hyman/