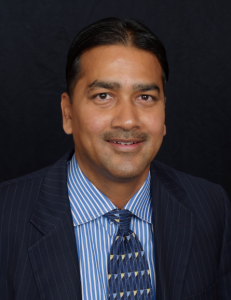 Healthcare mergers are becoming ever more popular. Himachal Mukhopadhyay discusses some of the top mergers of 2018.

While we might one quarter of the way through the new year already, it’s important to acknowledge all that happened in the previous year with regards to healthcare mergers. Throughout the whole of 2018, the healthcare industry – in particular the finance sector – saw a hefty increase in mergers as both insurers and providers sought to pool resources in order to achieve greater scale and provide more cost-effective treatment across the board. And while this strategy is set to continue across the board in 2018, we, with the help of industry expert Himachal Mukhopadhyay wanted to highlight some of the biggest and move pertinent mergers of 2018.

Two giants of the midwestern healthcare system, Advocate and Aurora made plans to merge in late 2017, and in the spring of 2018 the merger was complete. According to Himachal Mukhopadhyay this merger has created a new system which now employs over 70,000 people and has generated huge amounts of new revenue. One of the aspects which streamlined the process was the two giants agreeing to use the electronic health record system, allowing both healthcare systems to easily share information.

While this particular deal hasn’t gone through yet, it’s currently waiting for the go-ahead from a federal judge. After months of reviews from relevant agencies and state bodies, the pharmacy chain and the insurance company finally got the green light and closed on the merger. According to Himachal Mukhopadhyay, this merger is a landmark in healthcare – the reason being the enormous $70 billion price tag attached to it, as well as the significant impact which it is going to have on healthcare. It’s expected that the scope of the merger will influence other companies to consider similar integrations.

Both based in Massachusetts, these two healthcare systems received the green light to merge in October. It’s big news for the state, as this new system comprising 13 hospitals is expected to provide $71 million in care to communities which previous lacked any regular health service or infrastructure. Looking ahead to the future, it’ll be interesting to see how this merger plays out across the board towards the end of 2019.

After receiving approval from the State of New Jersey, Cigna and Express Scripts sealed their merger deal on December 18. The merger, which saw Cigna Corp acquire Express Scripts, was one of the largest of its kind, totaling over $67 billion. The deal gives Cigna more control and will allow it to lower the cost of prescription drugs for customers.