Ask any young child what they want to be when they grow up, and you’ll likely hear one of a dozen or so standard answers: firefighter, teacher, ballerina, movie star, astronaut, doctor. One of the last career aspirations you’d expect out of the mouths of babes is “building official”. Nevertheless, a career that involves building code plan review, code enforcement, building inspection, and similar responsibilities is a worthwhile and rewarding way to make a living. We sat down with William Ondulich, Chief Building Official with NOVA Engineering, to learn about the steps that are necessary to achieve this professional position. 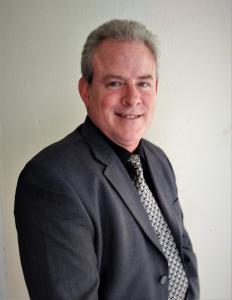 First Things First: What Does the Job Entail?

William Ondulich explains that a building official is tasked with inspecting and reviewing both new construction and existing structures to evaluate their overall safety and to ensure that they are compliant with all municipal and state ordinances, zoning regulations, and codes.

Building officials can work for local government agencies or in the private sector. Accomplished professionals in this industry often use the experience they’ve gained to step into a managerial, administrative, or educational role later in their career.

It All Starts with Education

To become a building inspector or code official, all you really need is a high school diploma. Having experience in the construction industry won’t hurt, either.

However, as in other fields, earning a college degree will open additional doors and position you to make more money right out of the starting gate. What degree program should you enroll in if you are thinking of becoming a building official? According to William Ondulich, who earned a Bachelor’s degree in Civil Engineering from the University of Arizona, the best majors for this industry are engineering, architecture, and building construction technology.

Expect a fair amount of on-the-job learning to take place once you have graduated and been offered a position. Most jurisdictions also require at least some level of licensure and certification. The International Code Council, in describing the role of a certified building official, says that they are:

responsible for the development, administration, interpretation, application, and enforcement of the codes adopted by their jurisdiction. They will be able to manage their department’s budget and the certification and training of inspection staff. They will have an understanding of laws and regulations pertaining to human resources. They will have a thorough knowledge of customer service, develop and maintain effective relationships with all client groups, and be able to effectively communicate with contractors, homeowners, subordinates, superiors, news media, elected officials, and civic organizations.

The certification process will depend upon the area in which you live and work, any areas of specialization you might already have (or are striving for), and the requirements of your current position.

Some Fast Facts About the Building Department Industry

William Ondulich cites the U.S. Bureau of Labor Statistics, which projects a fairly sunny job outlook. It is anticipated that the industry’s growth over the next eight years will total about 7%.

The skills that building inspectors bring to their positions are not easy ones to automate or to outsource, so this career is a good choice for those who value job security.

What about compensation? The median income for someone working in the building industry in this role is about $57,000 per year, according to the Bureau of Labor Statistics. A survey conducted by the ICC survey found that the median salary range across the United States was between $50,000 and $75,000, with fully one-fifth of respondents bringing home a salary closer to $100,000.

In short, William Ondulich concludes, the position of building official might be a lot more attractive than young people assume. Knowing that you are making a difference in matters of public safety, fulfilling a multifaceted role that means no two days are ever the same, plenty of opportunities for advancement, and a steady paycheck are just some of the benefits of growing up to become a building official.

Is an ICON Students Waterloo Apartment Right for You? Take This Quiz To Find Out!