Andy McIntyre said, “If you think education is expensive, try ignorance.” A veteran and retired FBI Special Agent with over 30 years of experience in law and security, Bryan Paarmann understands the value of intelligence and education better than most. In addition to being Senior Private Sector Security Executive, the seasoned security and law enforcement professional is a highly sought-after speaker and educator. Having amassed a wealth of knowledge working in critical law enforcement and security roles, Bryan Paarmann is eager to share his wisdom with others. 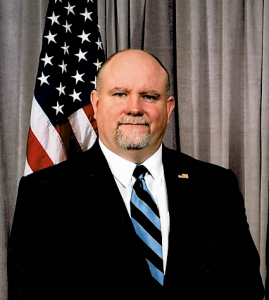 Bryan Paarmann has always been an avid student from the classroom to the field. He first attended the United States Military Academy at West Point and upon graduation, was commissioned as an Infantry Officer in the US Army. He completed duty tours in both peacetime and combat assignments in the U.S. and abroad. He utilized his education, training, and experience when he transitioned to the FBI, following in the footsteps of his father, a retired career FBI Special Agent and World War II veteran. As he proceeded to gain rank and responsibility, he continuously invested his time and energy into training and development to help him better perform his increasingly challenging and crucial duties within the FBI’s Criminal and National Security mandates.

Eventually, he was appointed to lead the New York Joint Terrorism Task Force (JTTF), the largest, oldest, and one of the most active JTTF’s of the 102 nationwide and became the FBI Special Agent in Charge of the New York Office Counterrorism Division and the NY JTTF in 2017. Broadly speaking, one of the FBI’s most critical duties is to mitigate threats of terrorism. Paarmann believed that one of the foremost tools in doing so was through education and training on the changing dynamics of the various threats in order to prepare individuals and groups to contribute to the prevention of those threats and to build resilience during and after crisis situations, including terror attacks.

Throughout his 30-plus years as a public servant, Bryan Paarmann embraced opportunities to provide informational and educational presentations to various groups. He has shared his knowledge and expertise on terrorism and threat mitigation with entities including law enforcement, military, civic organizations, trade groups, non-governmental organizations, and educational institutions, including Harvard, West Point, National Defense University, and War Colleges.

Along with protecting his country and its people and principles, Bryan Paarmann is passionate about empowering future generations to do the same.

To inquire about booking a training or speaking engagement with Bryan Paarmann FBI, connect with him via LinkedIn: https://www.linkedin.com/in/bryan-paarmann-11a4a1aa/

Jeff Nock Reveals the Importance of Using a Business Scorecard