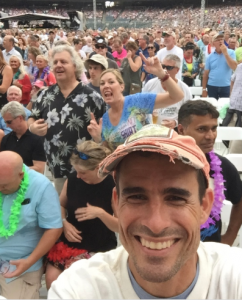 John Kistler is a Minnesota native who is passionate about the state’s rich history, especially its many historic properties that face demolition as cities grow to accommodate more citizens. Over the years, John Kistler of Minnesota has helped rescue many notable properties in the area including the Oakland Apartments and the Eugene J. Carpenter house.

Growing up in Minnesota, John Kistler learned to admire the unique architecture of his state, which features pioneers of the time like Cass Gilbert and Harry Wild Jones. As the population in the state rose, city officials chose to demolish old properties to make room for taller buildings that would accommodate more people.

“Ultimately, we lost a lot of priceless historical properties that defined the root cultures of great cities like Minneapolis and St. Paul,” says John Kistler of Minnesota. “We can’t go back in time to save them, but we can make sure that no historical properties fall into disrepair or get demolished in the future.”

John Kistler regularly invests in projects that preserve local Minneapolis architecture and prevents the wreckage of what many would consider to be worthless properties. He helps return architectural marvels back into livable homes ready for purchase. Without his intervention, that last surviving structures of the 19th century––that once represented the heart and soul of Minnesota’s most notable cities––would be torn down to make room for modern skyscrapers.

Protecting the historical landmarks that helped secure Minnesota as a major force in turn-of-the-century architecture, John Kistler has secured a national reputation as a leading preservationist.

One of the state’s most celebrated architects, Harry Wild Jones built a range of 19th-century structures in the Twin Cities that epitomized the iconic time period. The Oakland Apartments, which were built in 1889 by Harry Wild Jones, are some of the oldest examples of downtown shared-entrance apartment complexes. His complex stood as a sturdy abode for a century before falling into disuse and disrepair by a number of tenants and owners.

The building was set to be demolished by code inspectors, but local preservationists like John Kistler of Minnesota banded together to block the move. Kistler personally invested a large portion of the renovations as well as secured the rest of the funding through the help of local historic preservationist groups.

The Eugene J. Carpenter house was built in 1906 and remained in the Carpenter family
until 1946. Over the years, it was purchased by several owners who all changed the property in some significant way. Many of those changes demeaned the original character of the house as walls were put up to divide rooms and the home was converted into an office space.

Falling further into disrepair, John Kistler of Minnesota helped purchase it and transform the main living quarters back into a livable home. The property was placed on the National Register of Historic Places and today stands as a model achievement of historic preservation.

For years, John Kistler of Minnesota has served as an ally to historic properties in the state and has ensured a variety of housing marvels avoided demolition. He helps preserve a distant memory of grandeur and architectural achievement that marked the end of the 19th century.